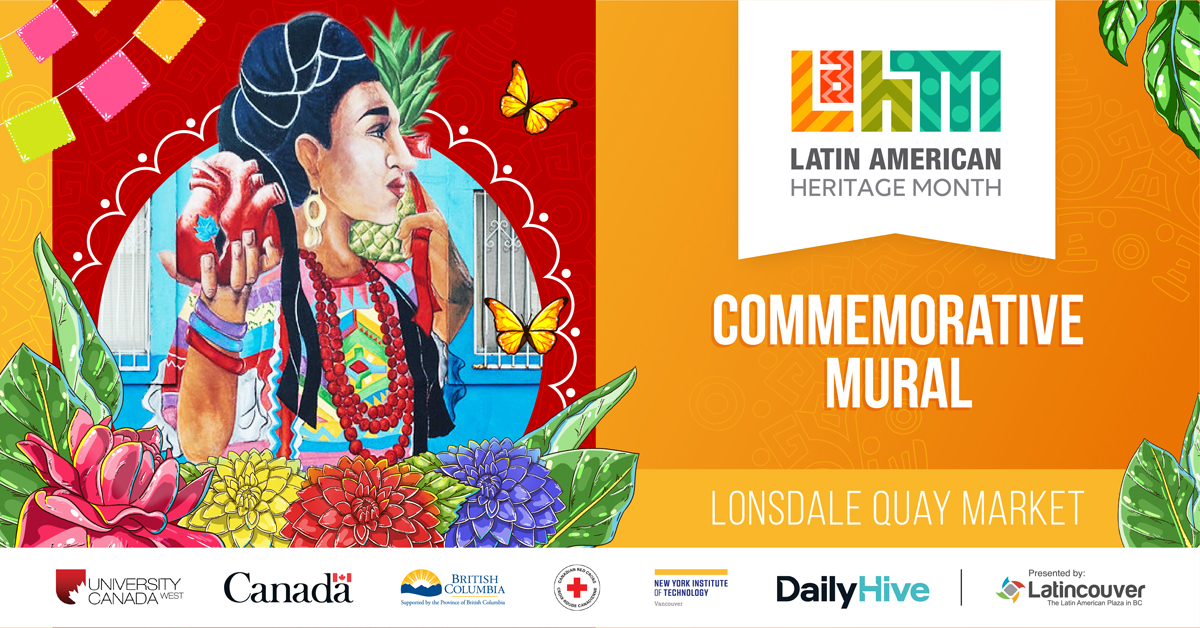 Ari De La Mora is a self-taught figurative painter born and raised in Mexico. Ari holds a degree in Advertising with a specialization in Creative Visualization from the University of Communications in Mexico City. After moving to Canada, she began participating with the Vancouver Art Gallery. With a strong influence of the female portrait, she reflects classical and modern interpretations juxtaposed with cultural anthropology themes.  Ari’s artwork had been exhibited in a group and individual exhibitions in Vancouver, United States and Mexico.

In this activity, we will work with Ari to create a colourful and beautiful mural that will portray the most heartwarming memories and experiences the public will be sharing with us.

The mural will be permanently shown at the Quay Market allowing people to visit it anytime.