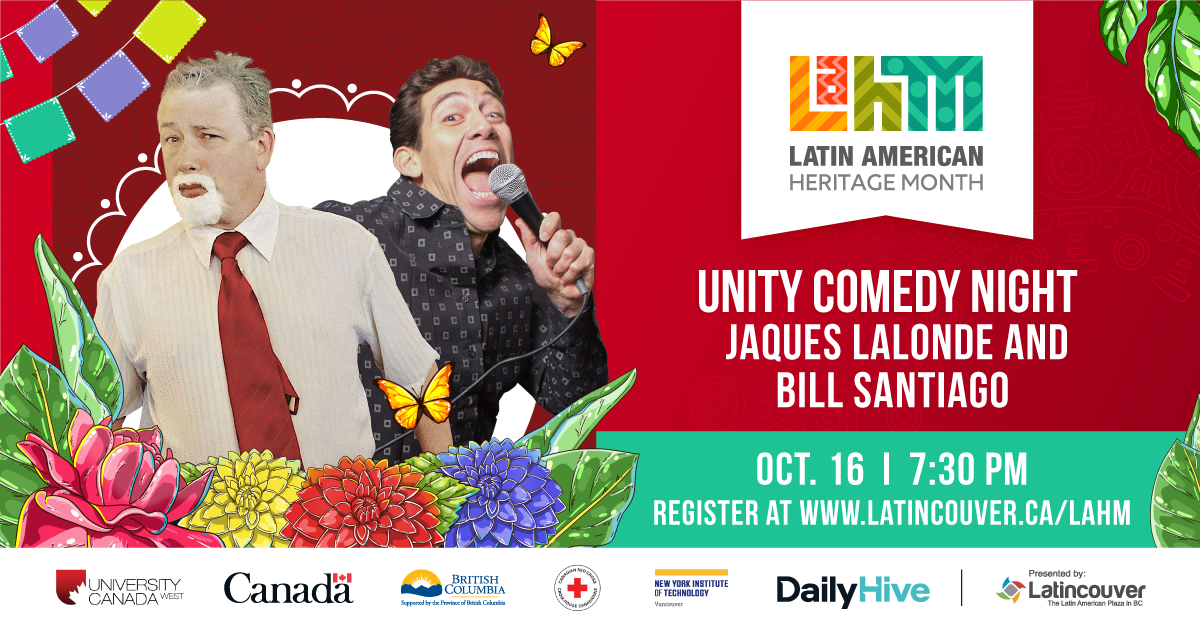 Join Unity host Janet Law for an evening of carefree laughter as the two gifted comedians Jaques Lalonde and Bill Santiago will help us appreciate the lighter side of life!

“Like George Carlin in his prime, Santiago is an expert at honing in on the way language reveals society’s bizarre fixations.” —San Francisco Examiner

“From the philosophical to the personal, Santiago’s authentic performance and energetic, cross-topical exploration—which bangs on many doors—is guaranteed to crack you up.” —The Vancouver Arts Review

“Bill Santiago’s comic monologue is so much better than the rest of the stand-up I’ve seen at this year’s Fringe that he makes the other guys look like they’re sitting down.”
—Colin Thomas, Vancouver Fringe Festival Review