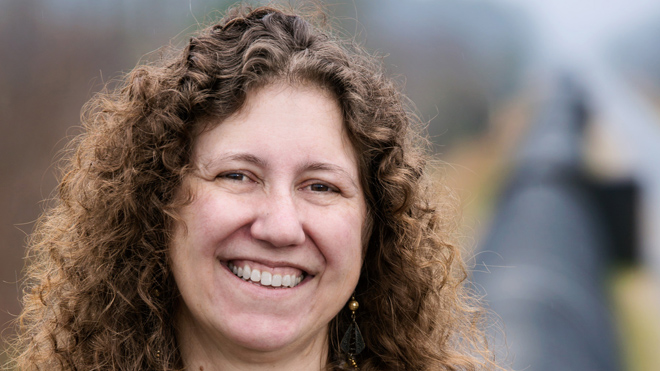 Two Latinas led the scientific team behind this week’s huge announcement involving the gravitational waves predicted by Albert Einstein a century ago.

Not since the theory of relativity has such a monumental breakthrough been made in the world of astrophysics — a $1.1 billion set of instruments finally detected the extraordinarily faint ripples in the fabric of space and time, waves caused by cataclysmic events such as star collisions.

Einstein predicted them in 1916 as part of his general theory of relativity.

The lead researchers in the find are Argentina-born Dr. Gabriela Gonzalez, 50, a professor of physics and astronomy at Louisiana State University, and Mexican-American Dr. France A. Cordova, 69, director of the National Science Foundation.

The initial finding was made on Sept. 14, 2015, but announced Thursday.

Two black holes spiraled into each other, crashing a billion light-years away and merging into one black hole. The resulting waves were detected by the Laser Interferometer Gravitational Wave Observatory (LIGO).

“We hoped we’d find this, and maybe we thought we’d discover it eventually, but we got lucky,” Gonzalez said.

Gonzalez was raised in Córdoba, Argentina. She received her Master’s degree from the University of Córdoba and a Ph.D. from Syracuse. She was the first woman to receive tenure at the LSU physics department.

Cordova was born in Paris, France, and her father is a Mexican-American. She received her bachelor’s degree from Stanford and a Ph.D. from Cal Tech. She was the first Latina chancellor of the University of California, Riverside.

“The thing that Dr. Gonzalez and I share is a passion for science. We’re both driven by our curiosity to understand the universe,” Cordova told FNL.

“In the ’80s, people thought the National Science Foundation was crazy for funding this. They knew it would take a second phase and improved technology, but they stuck with it,” Gonzalez said.

There isn’t any doubt that black holes exist, but as Gonzalez explained, “Now we’ll have the ability to listen to them, and see them like a text message.”

Both women agree there’s a dearth of women in science and more has to be done to change this.

“Science is so exciting. Without more women in science, we’re missing out. Women are just as smart as men,” Gonzalez said.

Cordova said, “That’s a big goal for the National Science Foundation. Hopefully this discovery will change that. Like the landing on the moon, this can serve an inspiration. Bringing more diversity to science simply makes science better. We see more richness of ideas, more interesting questions raised and maybe new directions in science.”

Rebekah Sager is a writer/editor for Fox News Latino. She can be reached at rebekah.sager@foxnewslatino.com. Follow her on Twitter @rebekah_sager