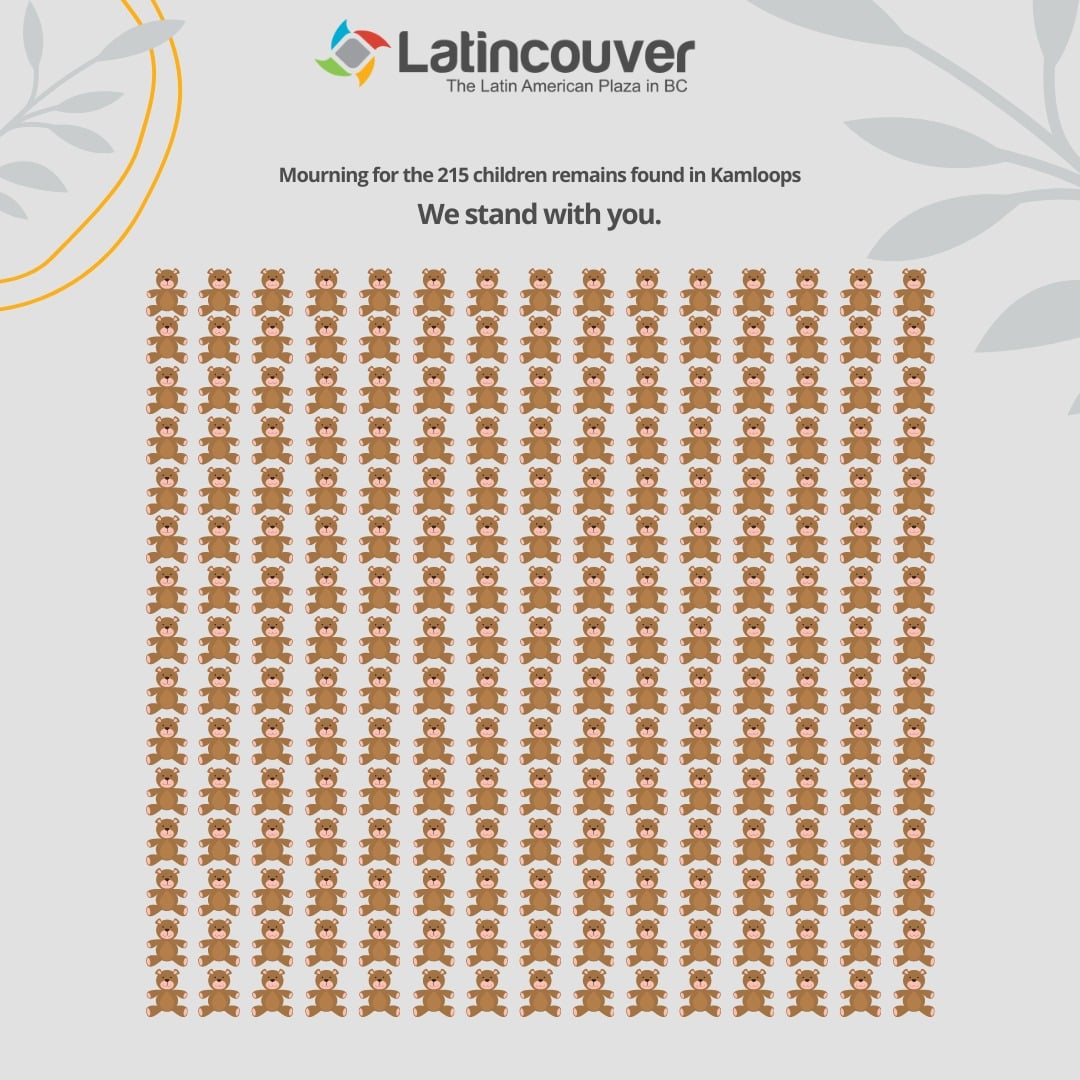 Few things can be as overwhelming as the death of a child. A mass grave containing the remains of 215 children was found at the Kamloops residential school. The school had been set up to assimilate indigenous people and had closed in 1978. Rosanne Casimir, the chief of the Tk’emlups te Secwepemc First Nation in the city of Kamloops, said the preliminary finding represented an unthinkable loss that the school’s administrators never documented. “Though we know that many children never returned home, and their families were left without answers, this confirmation brings a particular heaviness to our hearts and our spirit throughout Secwepemc Ecw.”

According to Heritage Specialist Lucas Roque, residential schools existed in Canada from the 17th century until the late 1990s. It is estimated that at least 150,000 First Nation children attended those schools during this period. Children were forcibly moved from their homes, and at school, were often subjected to physical, emotional, and sexual abuse, neglect, and the deliberate suppression of their cultures and languages. The schools were part of a colonial policy to destroy the rich culture and identity of indigenous people. These schools attempted to convert children to Christianity and relegated indigenous people as outcasts in society.

It is difficult to remain unaffected by such cultural genocide. As Roque states,” This is one example of power abuse by the colonial system. It is a red flag that shows us that we cannot accept this kind of situation today because we still have racism and intolerance against indigenous people and also against immigrants in Canada. The system is unfair to indigenous people causing the death of so many of them. We cannot tolerate that.” The sleeping accommodations for children were crowded. During an epidemic, it was impossible to isolate the patients and contacts properly.

Many children did not receive adequate medical care, with some dying prematurely of diseases like tuberculosis. More than 4,000 children died over several decades.

Each of us can do something to mitigate the shame, pain and distress caused by this discovery. Roque added,” It is crucial to recognize the importance of this discovery. It should be considered as a sore point in Canada’s History. Indigenous people should be recognized as the real owners of this land. People should make an effort to know their History better. The Indigenous Heritage is not a relic of the past. It is alive, and awareness is needed to build a healthy and wealthy country. Racism should not be tolerated against indigenous people or any other minority group.”

Violent deaths of indigenous human rights and land defenders in Latin American countries are not uncommon. For instance, there has been a tremendous wave of systematic violence against indigenous people in

Colombia, particularly against the Nasa people in Cauca, with the Regional Indigenous Council of Cauca calling it a genocide.

Indigenous populations make up impoverished majorities in some South American countries and marginalized minorities in others. In 2019, 11 indigenous activists and leaders from Brazil travelled through Europe demanding action against the threat to their lives, lands and forests under the Bolsonaro government. In many countries , in Guatemala for instance, indigenous people are forcibly displaced to make way for farming, mining and hydroelectric programs. The search for justice for victims continues.

The true number of deaths may never be known due to unaccounted deaths and destroyed files. The Tk’emlups te Secwepemc First Nation in Kamloops is working with a radar specialist to complete the survey of the school grounds. It expects a full report by mid-June.