LIVING & WORKING IN BC

British Columbia is an inviting and growing province and Vancouver is BC’s most popular city. This is because of its friendly people, fresh air, beautiful landscapes, and diverse culture. All these reasons are why Vancouver has been consistently ranked as the most livable city in North America.

Whether you are planning to move to Vancouver or any of the beautiful cities in BC, or you have just arrived, or you have been living here for years, Latincouver offers support, resources, and programs that can help you settle, find employment, or connect with others in this diverse and multicultural environment.

Latincouver wants to help you access the tools you need so you can better integrate into life in Vancouver and start growing the minute you arrive.

Canada is a North American country consisting of ten provinces and three territories. Located in the northern part of the continent, it extends from the Atlantic to the Pacific. Canada is the world’s second-largest country by total area, after Russia, and shares the world’s longest border with the United States.
The land that is now Canada has been inhabited for millennia by various Aboriginal peoples. Beginning in the late 15th century, British and French colonial expeditions explored, and later settled, the region’s Atlantic coast. France ceded nearly all of its colonies in North America to Britain in 1763 after the Seven Years’ War. In 1867, with the union of three British North American colonies through Confederation, Canada was formed as a federal dominion of four provinces. This began an accretion of provinces and territories and a process of increasing autonomy, culminating in the Canada Act 1982.

Canada is a federal state governed as a parliamentary democracy and a constitutional monarchy, with Queen Elizabeth II as its head of state. The country is officially bilingual and multicultural at the federal level, with a population of approximately 33.4 million as of 2011. Canada’s advanced economy is one of the world’s largest and relies largely upon its natural resources and international trade, particularly with the United States, with which it has had a long and complex relationship. Per capita income is the world’s ninth highest, and Canada ranks sixth globally in human development. It performs favorably in international rankings of education, quality of life, government transparency, and economic freedom.

Canada is a member of the G7, G8, G20, NATO, OECD, WTO, Commonwealth of Nations, Francophonie, OAS, APEC, and the United Nations.

British Columbia is Canada’s westernmost province and is set between the Pacific Ocean in the west and the magnificent Rocky Mountains in the east.

Blessed with breathtaking landscapes, BC is home to a geographical diversity that lends itself to a vast array of activities and adventures. There are mountains to climb, rivers to run, beaches to comb, forests to hike, parks to stroll and warm summer lakes to laze about on.

The province generally enjoys a temperate climate but where there are mountains, there is snow. Renowned for the steep and the deep of its world-class ski terrain, BC bustled with energy during the Vancouver 2010 Olympic and Paralympics Winter Games.

Always a gold medal destination for savvy travellers, BC offers not just outdoor adventure but cosmopolitan culture, world class exhibitions, uptown shopping and fabulous dining. From sophisticated cities to breathtaking scenery, there is something for everyone in BC.

Immigrants are a great force for Canada’s economy. There are also many reasons immigrants settle in Canada. Regardless of those reasons, for many of them it is a fresh start in a new country.

There are many people at Latincouver working hard to achieve their dreams and goals and to make settling in a bit easier, we can provide you with valuable resources to help in making important decisions easier and to help you succeed.

Some advice before you arrive in Canada is to do as much research as possible about your surroundings. Find out about your field of work as it relates to Canada, the neighbourhoods or city you will be living in, the weather, and the various immigrant and cultural communities. Below you will find some useful pages to help you settle in to British Columbia.

Canada’s diverse landscape, rich cultures and growing economy attract millions of tourists and business visitors every year. Come to Canada and see for yourself what this country has to offer!
Before coming to Canada as a visitor, it is important to look into the requirements to visit. While some foreign nationals can travel to Canada with their passport and details of their visit, others may require a Temporary Resident Visa (sometimes referred to as Visitor Visa). The requirement for the Temporary Resident Visa depends on your country of nationality and the reason for your visit. 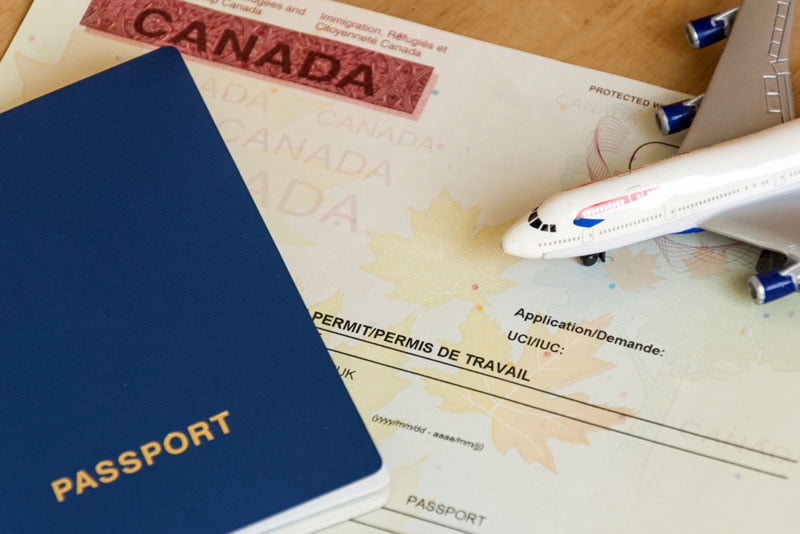 A Temporary Resident Visa is a travel document issued by Citizenship and Immigration Canada that allows you to travel to Canada. It can be issued for a single entry or multiple entries to Canada.
Read more

A Labour Market Impact Assessment (LMIA) is a document that an employer in Canada must usually get before hiring a foreign worker.
Read more

It is an immigration category that allows foreign workers or recently graduated international students working in Canada to apply for permanent residence.
Read more

The Federal Skilled Worker (FSW) program is for immigrants to Canada who are selected as permanent residents based on their ability to become economically established in Canada.

It is a program that allows provinces and territories to nominate candidates for immigration to Canada.
Read more

It is an immigration category that includes any family members sponsored to come to Canada by a Canadian citizen or permanent resident.
Read more

In order to work in Canada, you must acquire a SIN (Social Insurance Number) from Service Canada. Your tax and insurance will be managed by this number and it is proof that you can legally work in B.C. The following link will direct you to the Service Canada website to apply for a SIN: https://www.canada.ca/en/employment-social-development/services/sin/apply.html

When you arrive in Canada, one of the first things you need to do is go to bank to open a bank account. There are a number of banks in B.C., and each bank has different benefits. Find out which one is right for you.

Bring two pieces of ID such as your passport. SIN, BCID and International Driver’s License to open a bank account. You need to go to a bank in person and provide the required documents as a of identification. If you have a student or working holiday visa, bring it with you. It is also beneficial to your B.C. address.

Acquiring a BCID is beneficial for a number of reasons. You may be asked for ID as proof of identity or age, and for banking purposes. The BCID displays your photo, signature and address. To find out more about and obtain a BCID, click on the link to be directed to the ICBC page for more information: https://www.icbc.com/driver-licensing/getting-licensed/Pages/Apply-for-a-BCID.aspx

If you are planning to stay in Canada for long term, you may want to invest in a cell phone plan. Below you will find the link to the websites of various Canadian cell phone carriers offering numerous plans for all budgets and needs.

Get a Free Quote and Exclusivity prices from AON.

AON and Latincouver have partnered to offer Latincouver employees and members a group home insurance program. You can enjoy exclusive insurance coverage and preferred rates that save you money. Great coverage and great advice. Quick and easy online quotes

Disclaimer: The Latincouver Team are not registered immigration professionals. We always recommend verifying information provided with an immigration expert.

Canada is a country of opportunities. Many arrive here with a dream in mind. If you are a dreamer, you can do it. Though the path might be hard difficult, when you put all your effort and love in it, you are going to achieve it. Believe in your dream like these inspirational people did and success will come to you.
Read their stories to see it is possible.

Raised in Venezuela, Sophie immigrated to Canada in 2000 with her husband and two children. She was hired as a chemistry teacher at SFU Burnaby and founded a chemistry outreach project called Science in Action. This program is run by volunteers and hosts workshops for people of all ages to learn about science through hands-on experiments.
Venezuela

Born in Santiago, Chile, Carmen’s life was affected since at a young age by the Pinochet dictatorship. In 1973, she moved to Canada with her family to escape the reign of terror. For many years, everyone in the family participated in activities to secretly support revolutionaries, and asylum and refugee seekers. This experience had a profound impact on Carmen and provided inspiration for her artistic career. As an author, playwright, producer and actor, she is nationally and internationally known for several works, The Refugee Hotel being one of the most famous. Carmen is the founder and director of the Latino Theatre Group.
Chile

Founder and President of Avafina Commodities, Laura Cuner was originally born in Argentina and moved to Canada in 2007 to start her company, with the mission of continuing her family tradition of promoting and supporting organic agriculture. She takes great pride in facilitating the opportunity for organic farmers to gain access to global markets. In 2011, Avafina opened their first distribution centre in Vancouver with the purpose of supplying ingredients to local manufacturers, bakeries, retail stores and local restaurants.
Argentina

As a teenager, Mario Pochat spent hours in his bedroom “playing around with graphics and animation” on his computer. He never imagined his hobby would lead to a career that would take him around the world — not to mention earn him accolades for opening the first “cloud school” in Canada. In order to explain what a cloud school is, Pochat returns to where it all began: At a computer graphics expo held near his home in Mexico City. “I showed my work to some exhibitors, not expecting anything, and they asked if I wanted a job,” says the founder of Vancouver Animation School (vanas.ca) from his Granville Island office.
Mexico

Pedro Guillen was born and raised in Peru. Pedro has always loved cooking, and when he moved from Peru to Montreal in 1999, he continued to pursue his passion by enrolling in a Hotel and Culinary Tourism program. There, he worked in a Peruvian restaurant before leaving for Toronto to broaden his professional career as sous chef at Chez Cora. In 2003, Pedro headed west to Vancouver and two years later, he opened his own catering business specializing in Peruvian rotisserie chicken, Pollo a la Brasa. Pedro actively Mparticipates in local food and community events.
Perú