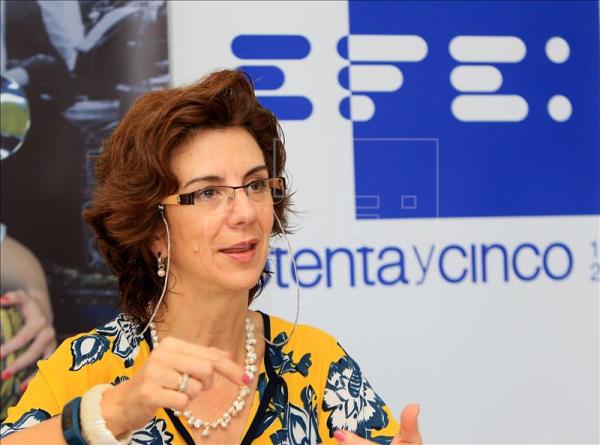 The 3,500 blasts that Spain-based multinational Maxam has detonated as part of the Panama Canal’s expansion have been one of the biggest technological challenges for the firm, a leader in staged explosions in mining and public works projects.

“It has been a very important technological challenge for us,” Maxam international relations and corporate social responsibility director Ana Rubio told EFE in the Panamanian capital.

The explosions required for the expansion work, most of them underwater, cannot cause projectiles or smoke, while vibrations must be kept under certain limits and the blasts should not pollute the water, Rubio said.

“Explosions have been staged close to structures that are already operating and, obviously, should not sustain damage. We even had to work close to electric transmission towers. We have had explosions very close to residential areas, and the canal did not interrupt its operations so vessels kept transiting,” Rubio said.

The Panama Canal Authority, or ACP, “is probably our most demanding client in terms of safety and risk prevention,” Rubio said.

To meet the ACP’s requirements, Maxam used its own Rioflex technology, whose main technique involves hauling the explosive materials separately and then mixing them with the same drill used to make a hole in the area to be blasted, Rubio said.

“This technology enables us to adapt perfectly to our clients’ conditions. We know how to move explosives, but we prefer to transport them like that to prevent risks,” the Maxam executive said.

Maxam, in addition to demolition work related to the canal expansion project, works in different quarries in the Central American country.