Rolling Stones front man Mick Jagger dined out on the weekend at Central restaurant, owned by Peruvian chef Virgilio Martinez and widely considered to be the best eatery in the Americas.

Jagger visited the restaurant, located in Lima’s Miraflores neighborhood, on Saturday night, on the eve of the iconic British rock band’s first concert at the capital’s Monumental Stadium.

Appearing on the restaurant’s Twitter account on Saturday was a photo of Jagger as he left the venue sometime after midnight.

On Friday night, Jagger had dined out along with other members of the band at Astrid & Gaston, the flagship restaurant of Peruvian chef Gaston Acurio. 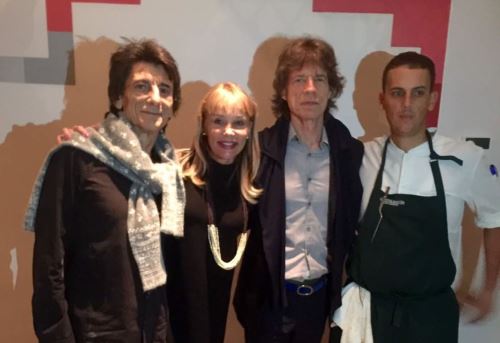 The Rolling Stones have been in Lima since Thursday evening, when they arrived from Brazil, but the length of their sojourn in the Peruvian capital is a closely guarded secret amid heavy security measures.

The Sunday concert, for which 50,000 tickets priced between $91 and $685 have been put on sale, is part of the band’s Latin America Ole Tour comprising 14 concerts in eight countries that began in Chile and will end in Havana on March 25 with a free show.