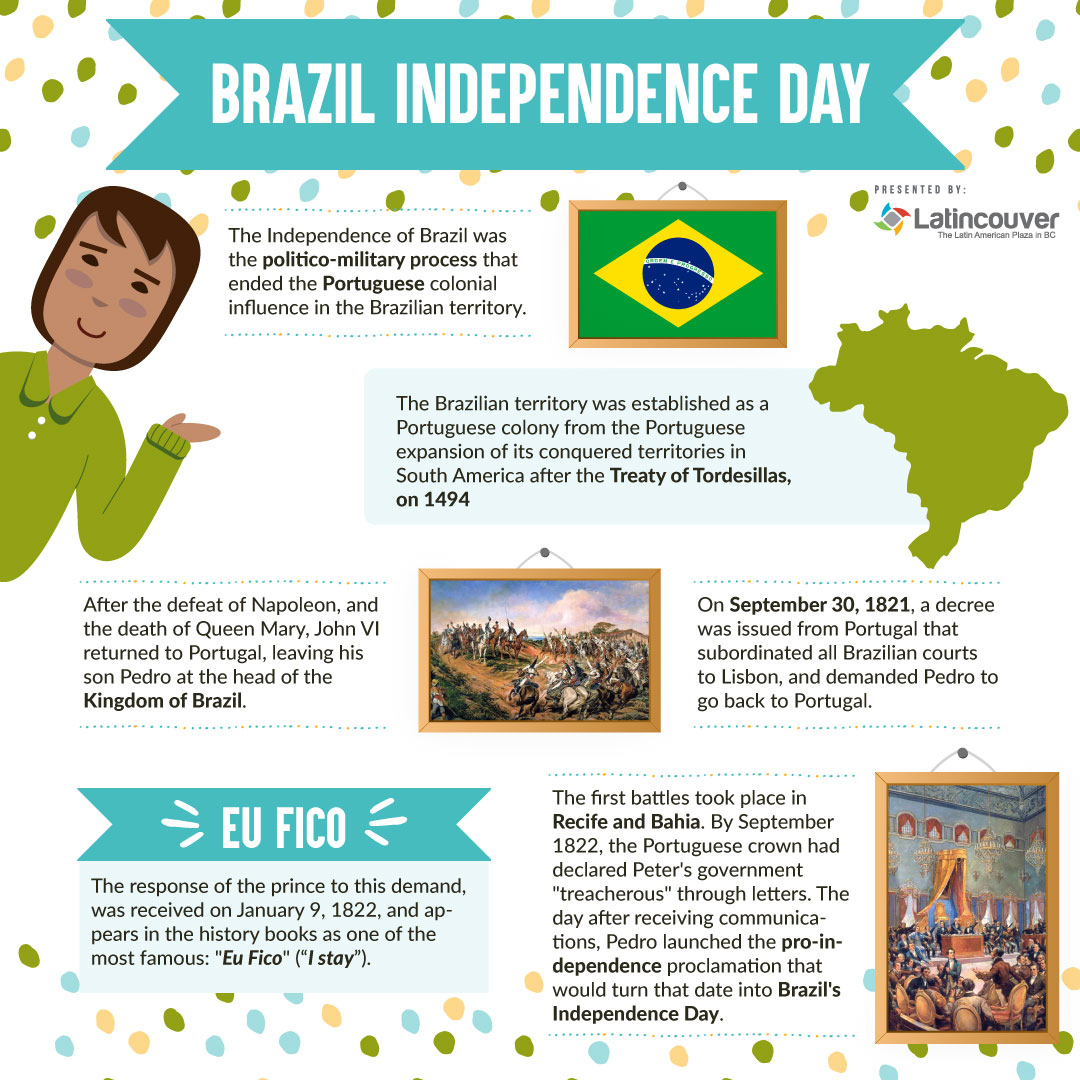 We just love Brazil so much; not only for their delicious food, their incredible people or their party style. They have been gifted with the ability to put a smile on your face with their charm. And because of that its fair to acknowledge some of their best contribution to the world, which contrary for those who don’t know is not only Samba, Caipirinhas and Neymar

Let’s start off with their Independence, which for them, it is possibly not as representative as it is in other countries. Anyhow, we created this infographic so you can easily understand what was happening about two hundred years ago in Brazil:

Feeling Hungry at all?

Then you may want to pay attention to what’s next, Brazil national dish: Feijoada

The word ‘feijão’ means beans in Portuguese. In the mid-16th century, the colonial Portuguese imported slaves to Brazil from all over Africa through their West African ports.

As the slaves cooked the food for the señoras using the sought-after cuts of meat; the remains of pig ears, tails, tongue, snout, trotters, and head were gathered and transformed into a hearty, aromatic stew, packed with seasoning and padded out with beans. It was the perfect meal to sustain the servants who sweated all day in the tropical heat, as well as helping fend off the cold during the winter months.

While the idea of eating unidentifiable bits of meat may make sound peculiarly baffling it totally makes it up on the flavor.

Here’s the recipe if you feeling like having a homemade Brazilian lunch:

Drain the beans and put them into a large saucepan of cold water. Bring to the boil over medium heat, then simmer for 30 minutes until tender.

Rinse the soaked salted ribs and bacon well, add to the beans and cook for 30 minutes over a medium heat. Heat a very large saucepan and pour in the olive oil so it covers the bottom. Add the onions and garlic and cook until softened. Add the sausages, smoked ribs and bacon, pepper and bay leaves. Pour in the cooked beans and meat and top up with water. Simmer for about 1 hour, until the meat falls off the bone.

And just as you were thinking, yes, a caipirinha would be the perfect complement for this platter. Hurry up! It will only take a couple of minutes:

In case you don’t have chachaça on hand, you can substitute it with white rum, and still enjoy this masterpiece!

Without further ado, we just want to say thanks again Brazil,  for your coffee and your soccer, for receiving us in your beautiful beaches and cities full of culture, for your cuisine and your music, but mostly for your people.

Have a great Independence Day!