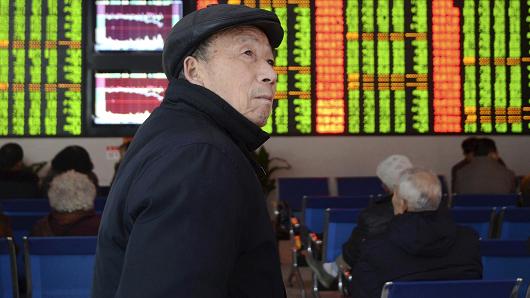 Chinese market turmoil and the renminbi’s fall to a four-year low against the US dollar risks the prospect of “perverse” currency wars, Mexico has warned.

Latin America’s second-biggest economy, which saw its currency tumble to a historic low of 17.72 pesos to the dollar on Thursday — on top of a slide of more than 14 per cent in 2015 — would be in the front line since the peso is the most widely traded emerging market currency and is often used by traders as a proxy.

“There is real concern that, in the face of the deceleration of the Chinese economy, the public policy response will be to start a round of competitive devaluations,” said Luis Videgaray, finance minister.

He called that prospect “frankly perverse” because copycat devaluations would leave everyone in the same position and would not really alter anything. Mexico’s peso floats freely, but the central bank has been auctioning dollars in recent months to shore up the currency.

Mexico had already been bracing itself for a volatile year before Chinese market turmoil got 2016 off to a painful start. Attempts by Chinese authorities to support share prices and the renminbi sparked global concern about their ability to manage a slowdown in the world’s second-largest economy.

Some observers attribute the renminbi’s slide to a four-year low against the dollar on Thursday as an attempt by Beijing to pursue competitive devaluations on behalf of its struggling exporters. However, the People’s Bank of China is considered unlikely to be intentionally stoking a currency war — last month alone, it sold an estimated $113bn in reserves to stabilise its depreciating currency.

Mexico’s growth of 2.6 per cent is better than that of many emerging market peers even if well below expectations, and its relative economic strength helped provide a buffer against market volatility last year.

However, its oil exports have been hammered by low prices, and though inflation tumbled to another new low of 2.13 per cent in December, it now looks set to rise. The government has mounted an austerity drive, and knows its successful oil price hedge last year will provide a cushion for state finances in 2016. But it also knows that will be much harder to repeat for 2017.

Overall, Mexico’s weakening peso may not yet be bad news for the economy.

A cheaper currency is a blessing for Mexican manufacturers, which send 80 per cent of their exports to the US. Mexico imports half its petrol from the US, but Isaac Velasco, currency strategist at Ve Por Más, a Mexican bank, reckoned that “the net effect [of the weaker currency] is still positive”.

The 2016 budget saw the peso averaging 15.9 to the dollar this year. With some banks selling the greenback to customers at above 18 pesos on Thursday, the peso looks like it still has further to fall. It closed 2015 at 17.21.

“Provided that it doesn’t fuel inflation, [the falling peso] is probably not too serious … but I think January is going to be a key month for inflation. A lot of contracts are renegotiated in January and companies take on inventory,” said Mario Correa, economist at Scotiabank, who expects a steep jump.