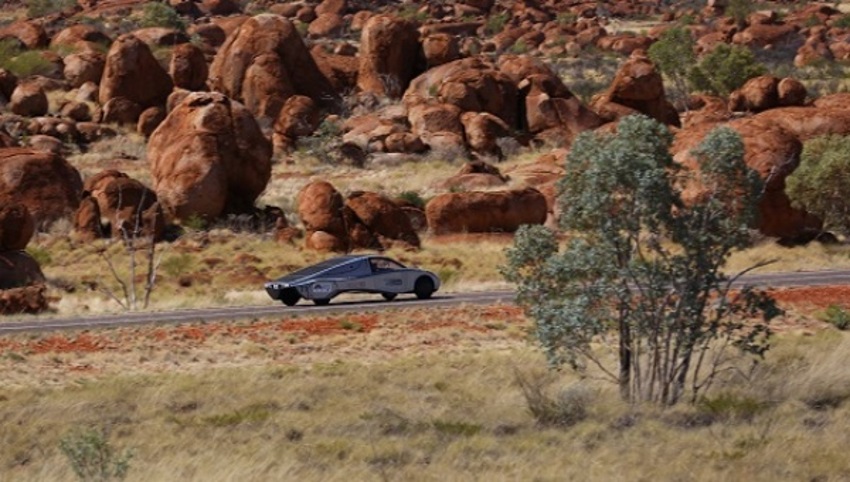 Solar Racing in Chile Just Got a Bit Brighter

Organizers planned this year’s solar race route to run through the city, giving locals a chance to see solar power in action.

Chile will welcome back its annual solar car race this year, the fourth year in a row that the country will host in an effort to promote the use of alternative energies.

Organizers of the event, the nongovernmental organization La Ruta Solar (The Solar Route), announced Tuesday that the race will take place from April 21-27 in Chile’s northern Atacama desert region.

This year, the race will travel through three regions, covering 900 kilometers (559 miles), reported EFE. For the first time, the route will also go through the city of Antofagasta, through the neighborhood of Tarapaca.

“In Antofagasta region, we will have start and finish lines inside the city so the community will be able to see the vehicles, learn about their operation and see how they use solar energy to move,” event coordinator Camila Cortinez said.

In past years, the competition has attracted racers and engineers from all over the world, including Bolivia, Colombia, Chile, Ecuador and Japan.

The Atacama desert is the most arid region on the planet and is also known for having the highest amount of solar radiation energy in the world, so the cars have no risk of running out of “fuel.” Past races have seen cars reach speeds of up to 112 miles per hour (180 kilometers per hour), according to organizers.

This year’s race will be used to promote the development of low-cost hybrid vehicles that can be produced in different cities in the Americas, said La Ruta Solar.